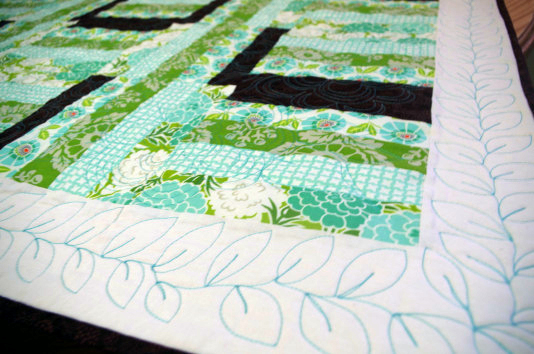 Let this be a lesson to me, don’t just skip a step because you’ve “done this before”.

I’m no sewing or quilting teacher, so I don’t write tutorials or make videos showing others what to do.  I can, however, write a blog post about what not to do, just to remind people who might not yet be in their prime in quilting years.  Maybe no one else does this, but if you ever have, you will relate, and if you haven’t yet, watch out for that moment when you think you can save some time by skipping a small step you’re all too familiar with.  In my case it turned out OK, but definitely cost me more time and work than the little step I skipped would have taken!

This was to be a simple design, one block with horizontal strips sewn to the next block with vertical strips and so on across each row, making the end result a quilt top with alternating blocks in each direction.  I believe it’s called a Rail Fence design.  Good plan, always sewing the block with lots of seams onto a straight strip, minimizing the work of matching seams.

Obviously I made the blocks by sewing long strips together and then cutting them down to size, so I ended up with a few more than I needed.  I counted my blocks once they were nicely trimmed and squared up, and decided on the configuration that would use up the most blocks and still be a reasonable shape: six across and seven down.

Then, because I have “done this before” (more than once) I set about stacking the blocks for each row by alternating the horizontal and vertical strips.  Now you’ll notice there is a brown strip on one side of each bock, and other than the alternating of strip direction, I was planning out where the brown strips would end up, so I was going along happily with the brown on the left, then the top, then the right, then the bottom, and back to left, making sure to start the next row in sequence, so the brown would be evenly spaced all over the top.

Once I had each row stacked I decided I was ready to sew the blocks together. I didn’t bother to lay out the rows because I “knew “what it was going to look like and how it needed to go together;  I had “done this before”.  So I completed each separate row, oblivious to the issue I had created and would only notice when it was time to sew the first two rows to each other.

Here’s my glitch: If you have an even number of blocks going across and you are doing a simple one-block-this-way and one-block-that-way design, and you keep the sequence going from one row to the next (because you aren’t laying them out), it isn’t going to work out because each row will start with the same block, or the strips going in the same direction, whatever the case might be.  Of course, this would have been easy to anticipate, and I could have just started each row with the alternating block if I wasn’t already focussed on where that darn brown strip was going to be each time.  Had I taken a minute to lay out even just two rows of blocks, I would have caught the problem, fixed it, and saved a lot of hassle. 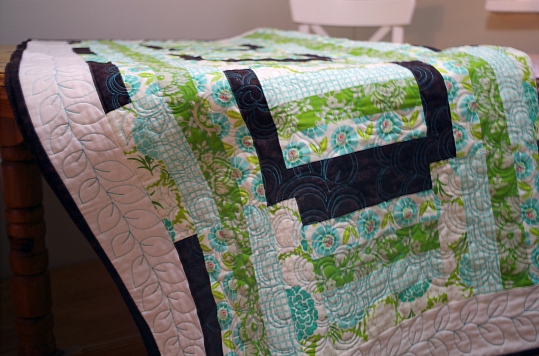 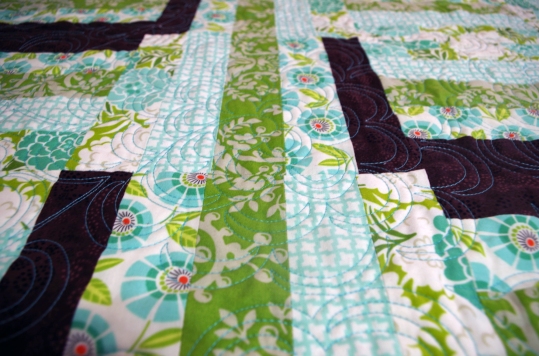 As it was, I started pinning the first two rows together and realized that not only was my configuration messed up and I had no idea how it was going to look when finished, BUT every second block join meant lining up 5 seams from each block back to back so that they would meet perfectly and look like they were meant to be that way!  Yes, I could have taken apart seven rows of blocks and fixed it.  But I quickly calculated the time that would take compared to the time I was about to spend matching all these seams and, with the frustration level being equal,  I just went with it. 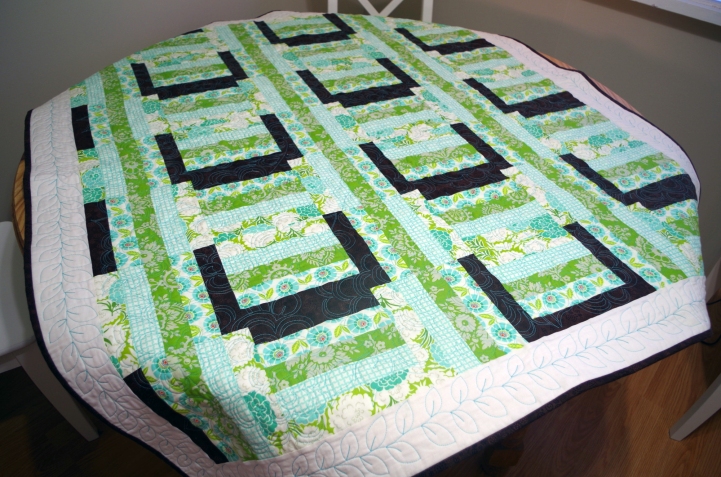 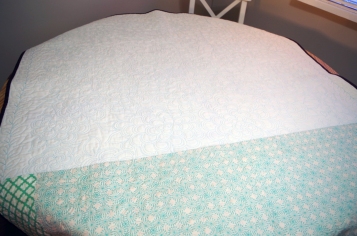 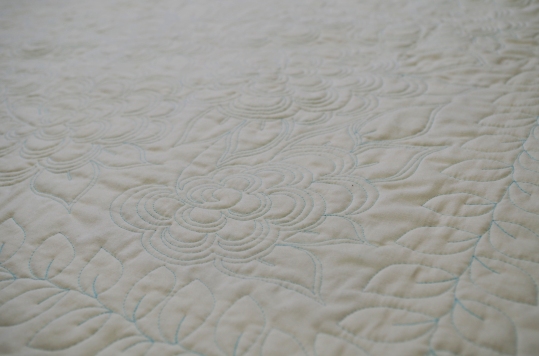 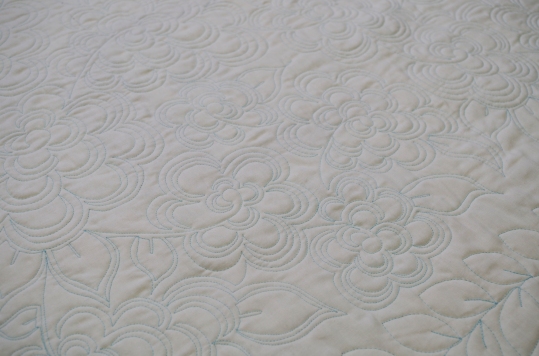 In the end, the top turned out fine, and without this lengthy explanation of my oversight, it probably wouldn’t be obvious that the whole thing was an error in planning.  I’m really not sure how the brown strips ended up the way they are, but since I piece only to quilt, I wasn’t going to spend too much more time trying to analyze it!  Once the border went on and I was happily quilting, I chalked it all up to a lesson learned.  Thankfully on this one, there was no actual disaster.  But from here on, no matter how familiar I am with the design, I will be laying out at least two rows every time just to make sure!