I received a special order from a previous customer for a Canada themed quilt, and with this being our country’s 150th birthday celebration, it was a good opportunity to add some extra touches to the quilt already made cute by the “With Glowing Hearts” fabric line itself.

The piecing design was simple – an idea I found on Pinterest – which I like for reasons we are all aware of at this point, but also because the fabric has so many Canadian words and symbols on it that would be lost by breaking it up into many small pieces. Haha

I did a bit of marking on this one just to make sure certain straight line areas actually came out looking at least reasonably straight, and then contrasted with curvy designs next to the line designs.  I wanted to split the wide border into two narrower ones, so that called for a line marked evenly all the way around.  In smaller spaces, I am fine with eyeballing lines. (Don’t look too closely at my “eyeballing” for the lines all around the outside edges … “Close enough is good enough!” – Angela Walters) 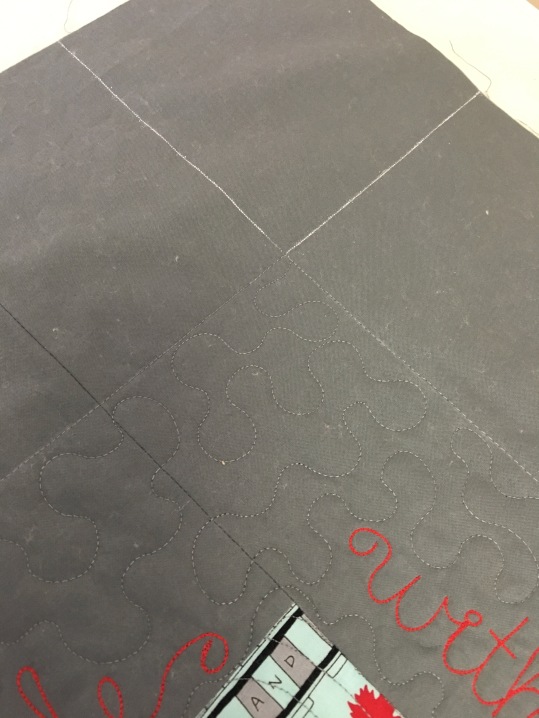 I really haven’t used a stipple stitching pattern for so long, but once I had done the lettering I needed something that would move easily around those parts without interfering with the words, and off the top of my head, stippling seemed a good choice.  For a section here and there, I think it works 🙂  (To see the video of how I did the lettering, check out my free motion cursive post)

Some of the colouring appears a bit dark in the photos, but that red lettering really does pop in person 🙂 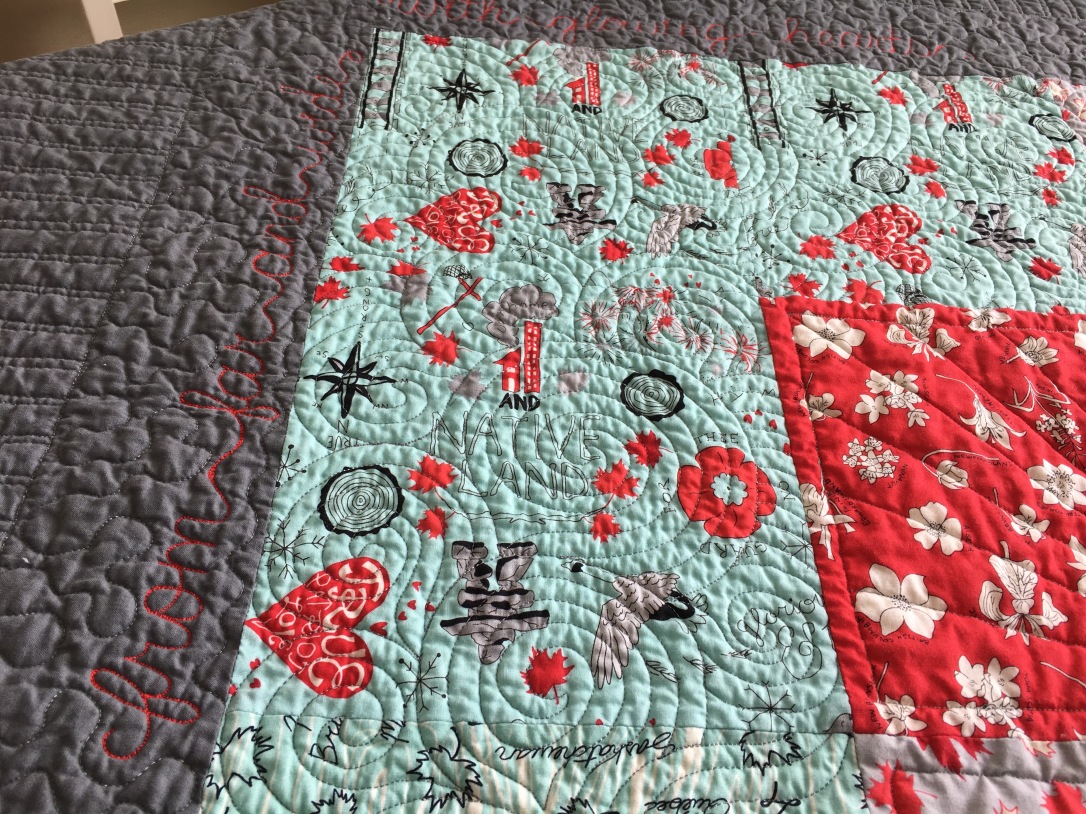 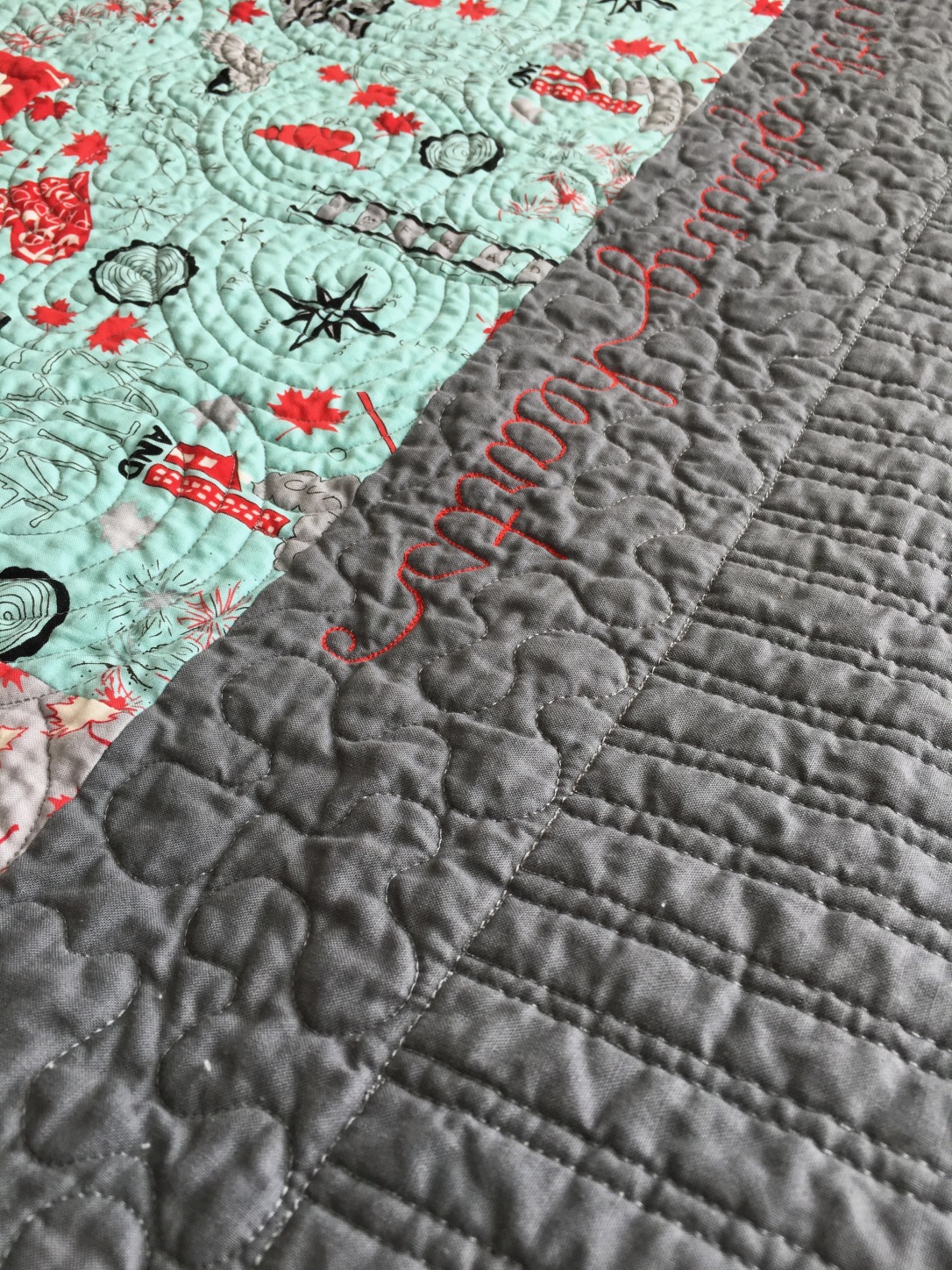 I love how this turned out and while I tend not to be into themed projects in general for my own home decor, I am tempted to make another one for myself, just because it’s a big national thing and all.  We’ll see! 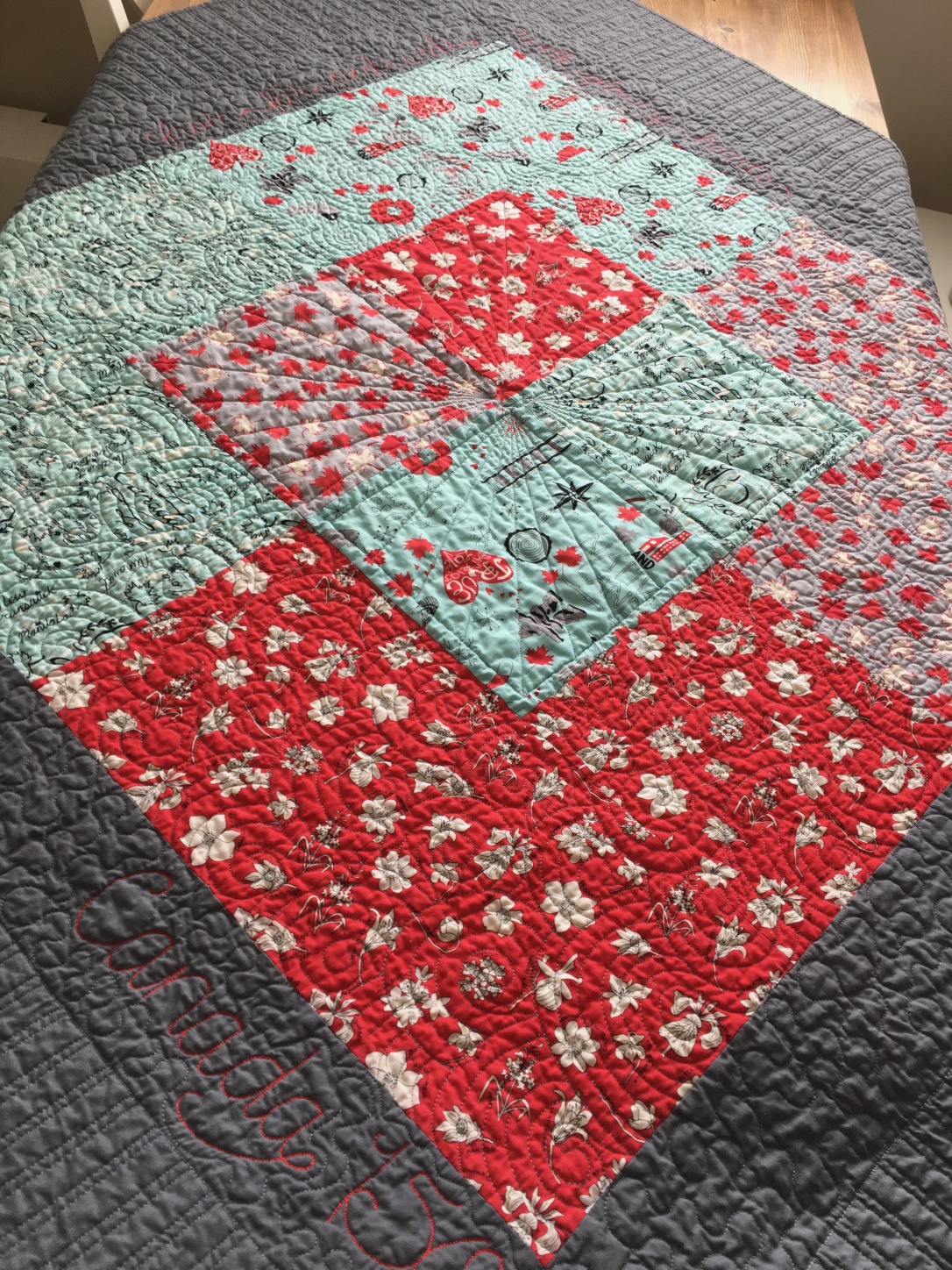 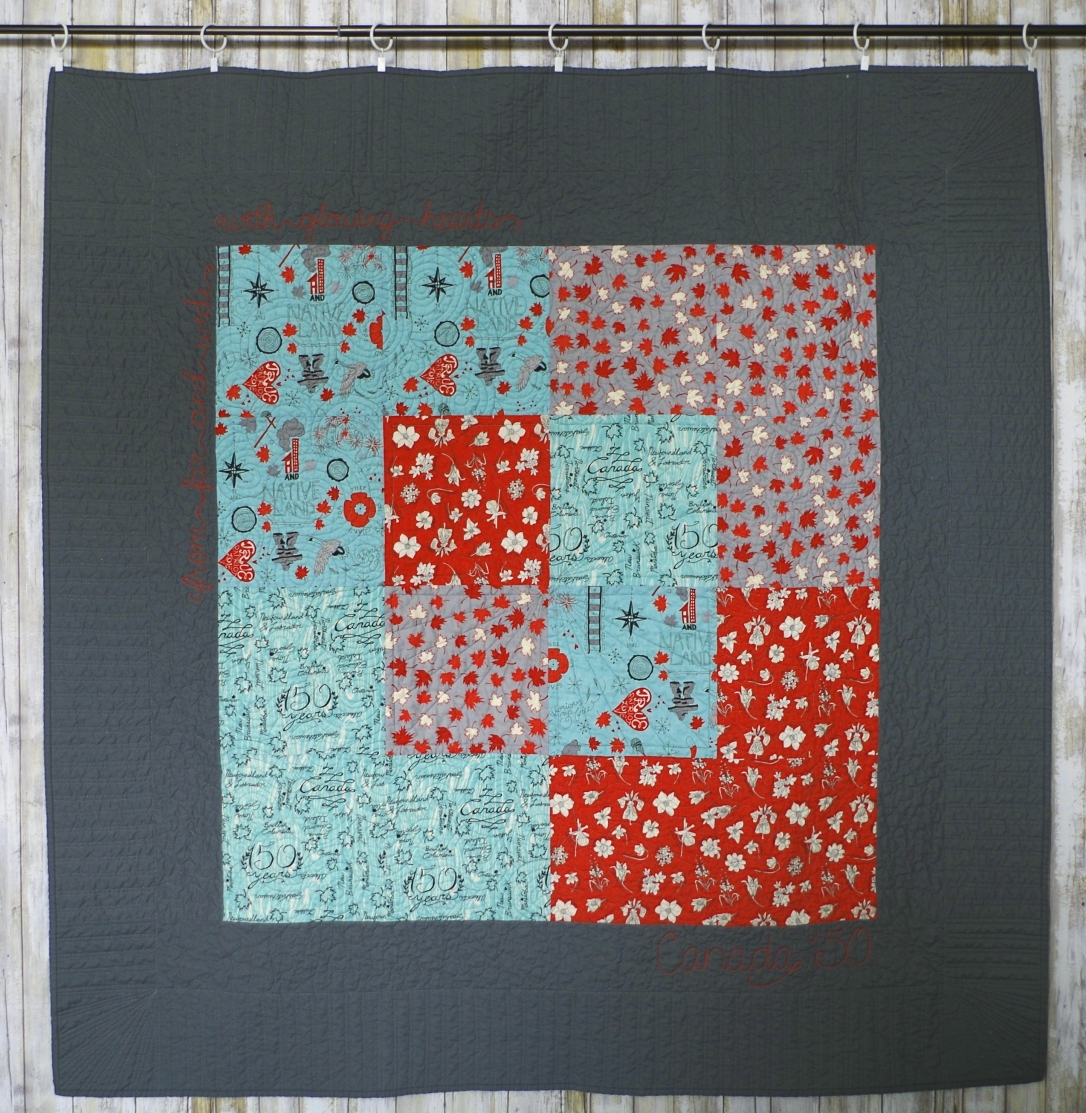 This quilt has been sold.

2 thoughts on “With Glowing Hearts”