After doing a custom ordered Canada themed quilt earlier this year, I wanted to grab some more of the “With Glowing Hearts” fabric to make a couple of baby quilts.  I thought they might be a popular gift choice for little ones born in this year of Canada’s 150th birthday.  So I found a few pieces online; the fabric was pretty much sold out everywhere as I’m usually a bit behind on the newest thing!

I quilted the baby one with an edge to edge geometric stitching pattern to give it a modern look and keep it gender neutral. I stitched some words from our national anthem into the top right corner of the border, and added a red section near the bottom left into which I stitched “Canada 150”.  I really enjoy stitching this geometric design because it fills in quickly and is both adaptable and forgiving 🙂 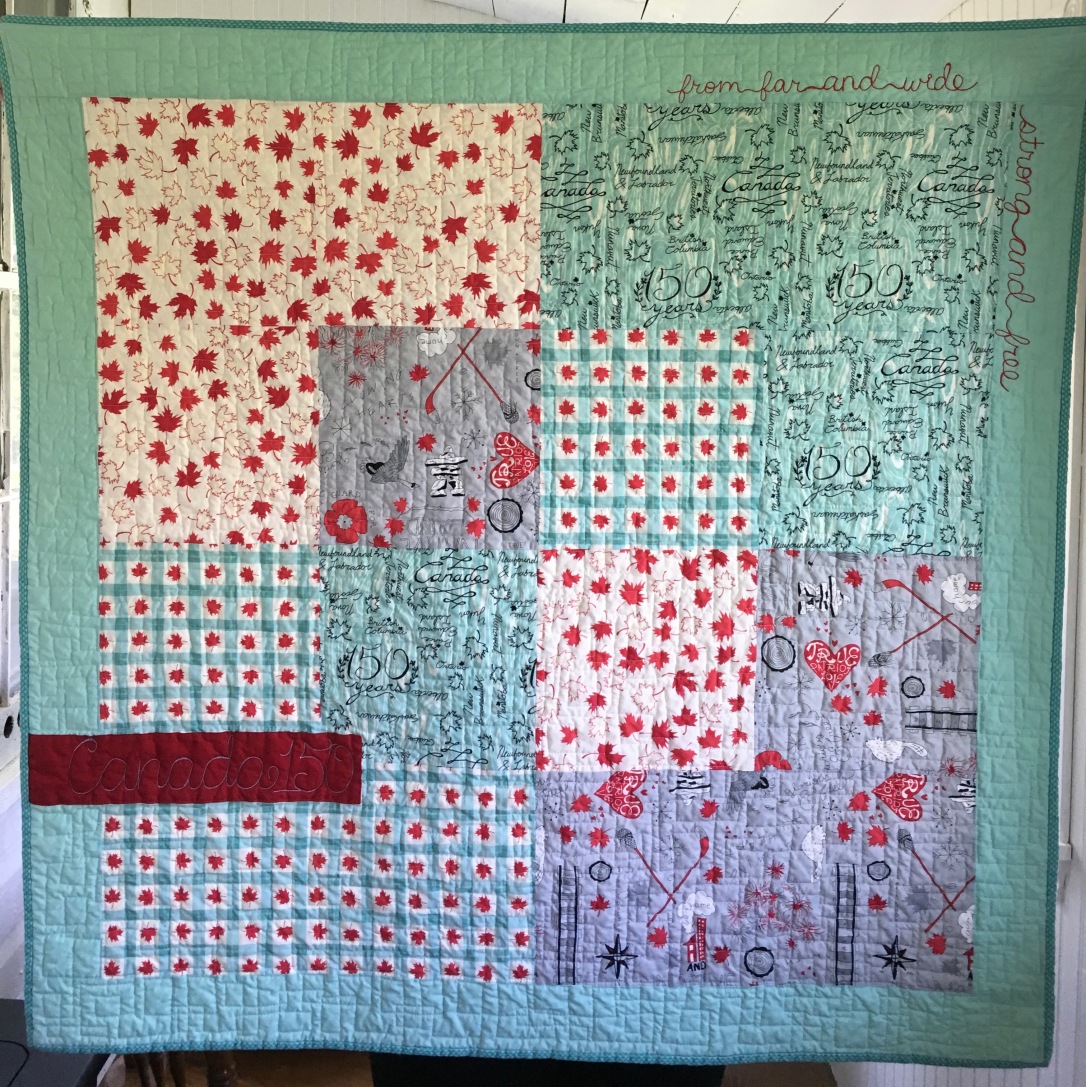 It sold the day I finished and advertised it, purchased by someone about to become a grandma!

The lap quilt has the same geometric design in the centre section, with a couple of fun border stitching patterns: a square spiral chain, and a wavy triangle filler I first saw during an Angela Walters class. 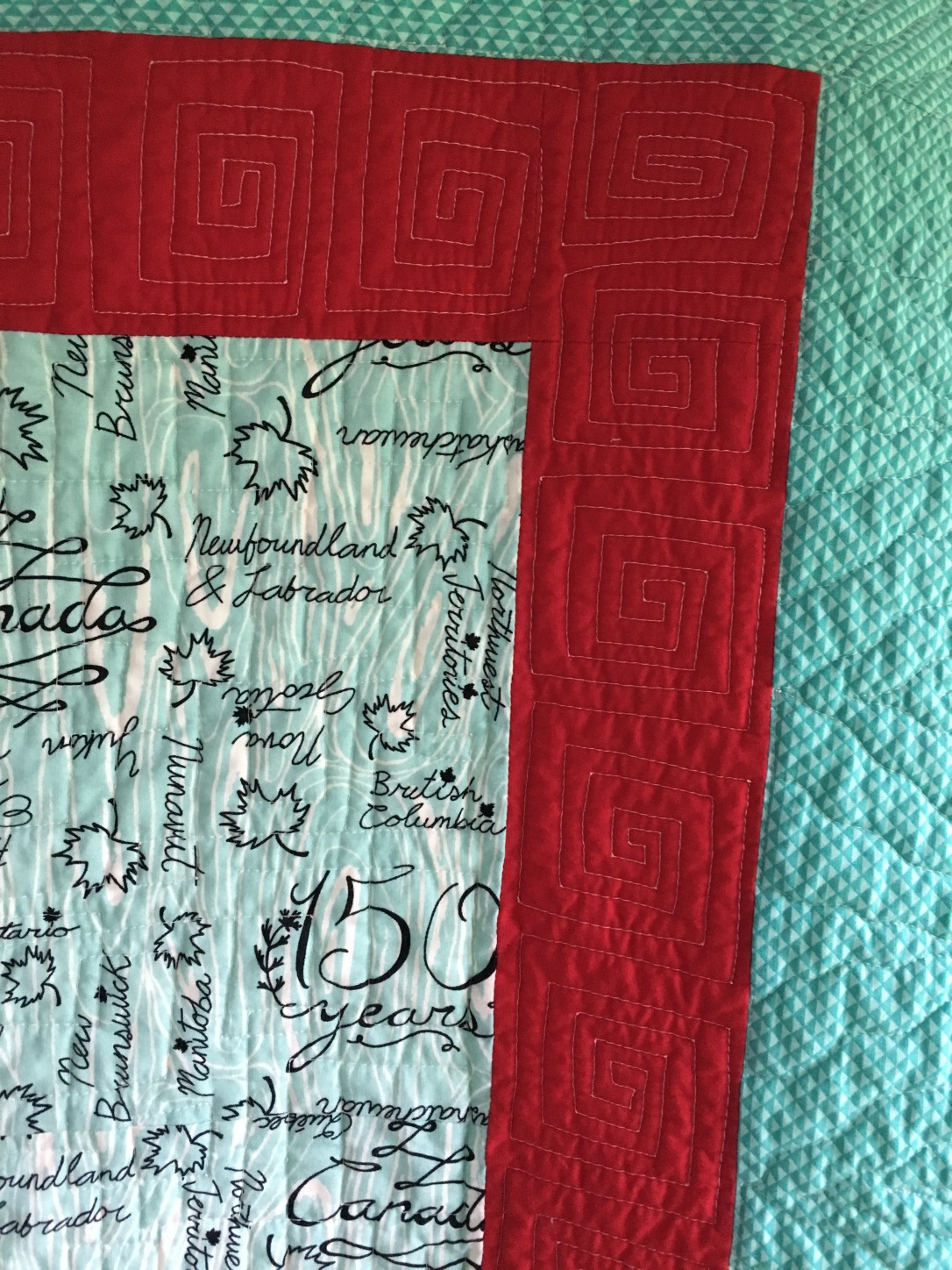 I’m very fond of the red and turquoise color combo in this and several other fabric lines!

The back shows the quilting more clearly.

I decided to do a video showing how I stitched out these geometric patterns for anyone who hasn’t tried them yet, so check it out below if you’re interested!  I didn’t include the wavy triangle design because Angela has a class which includes a lesson on that one, so I don’t want to infringe on that 🙂

For now, I’m back to working on another variation of the appliquéd leaf quilts I’ve shown you in the past.  Until next time …