By now you’ll know that, as I admitted right at the start, there will be occasional lapses in this “daily” Pinterest adventure! LOL

I’m numbering the posts according to stitching days, not actual days, but since I got busy with a couple of other things at the end of the week (like finishing a quilt, visiting with a dear friend and trekking through IKEA, but I digress …) I decided to do some bonus stitching today and make up for lost time.  Not because I think you’ll be keeping track of my diligence or lack thereof, but because I want to stay as committed as possible to working through my pins.

I did do a lot of work on an actual quilt last week and I even used on it some of the fancy spiral feather fill design that I stitched out on day 5!  So while I haven’t posted a new Pinterest adventure project since then, I can at least pat myself on the back for putting that pin to good use on a bigger scale to fill the background of a whole quilt.  It worked tremendously 🙂  Remember, this adventure is flexible and adaptable!  Progress, not perfection …

Today I set out to do this kind of shell shape looking feather thing with pebbles mixed in. Bear in mind that, as always, a blending thread is best and I’ve used a darker thread so things show up on this one; I wasn’t enjoying myself so those pebbles aren’t my finest! LOL I just wanted to get it done fast to see how it worked out, and I certainly wouldn’t be charging anyone for this … 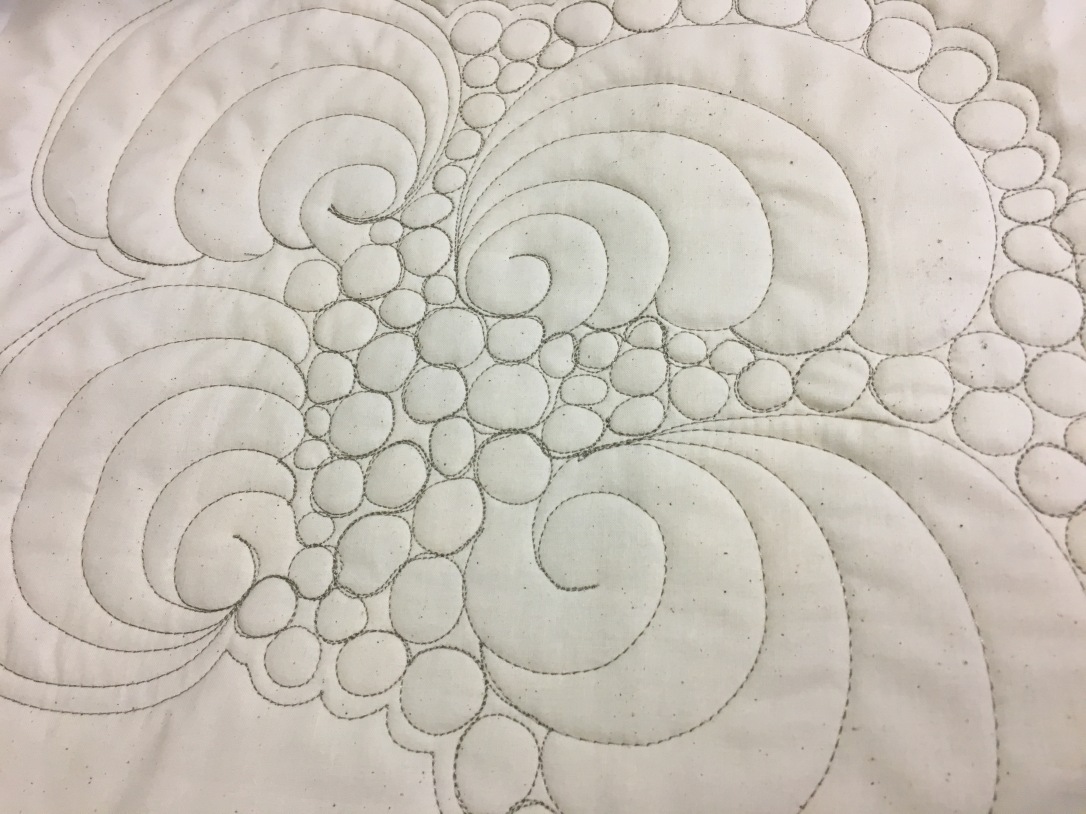 I’m not fond of this design after all and I doubt I’ll use it in future, but I had to stitch it out just to see how I felt about it.  Sometimes you see something appealing but when you do it yourself it’s not fun, or at least not as much fun as other things, so it gets filed.  This one is getting filed! 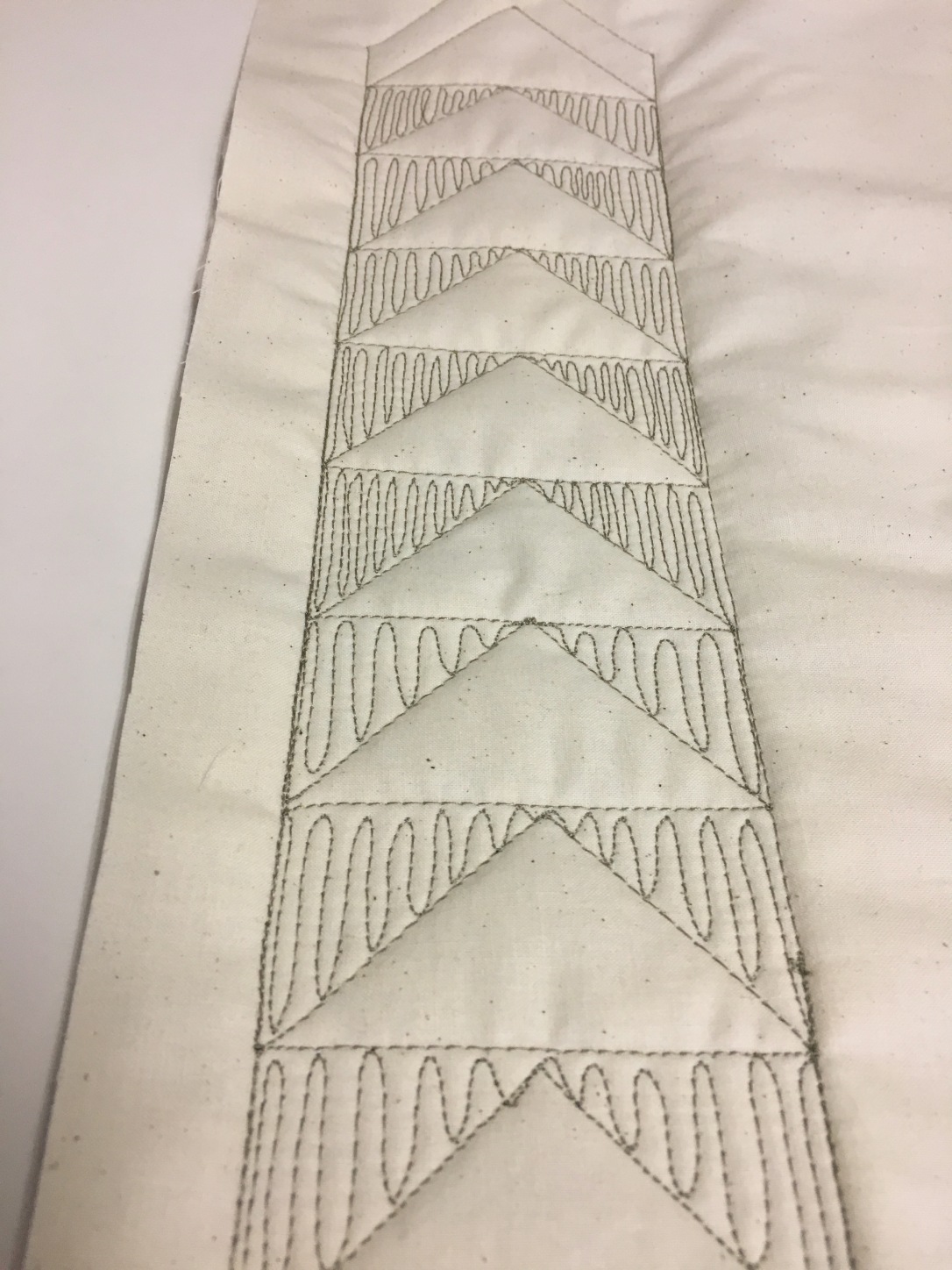 Along the edge I decided to try a popping triangle design that I’ve seen in borders.  I used the back and forth line stitching in a couple of different widths, and I like the one that’s closer together the best.  But this one will also be filed.  Never say never and all that but, for now, I’m not a big fan.  Again, not the most careful stitching; I was in get ‘er done mode.  Full disclosure: I was bored with this.

I was in a happy place doing the tiles though!  I’ve tried this technique on a small scale for just one or two in the middle of a lot of other stitching, but I’m hoping to use it all over the background of a quilt in the very near future, so decided to spread it out and see a fuller effect.  I really like this one because it has a cool layered look to it, it’s much easier to do than it looks, and you can fill in the “tiles” with whatever fill design you wish, based on your own idea of fun 🙂  You can use different fillers as you go for a variety of textures, or make them all the same and let the layered frames be the dominating feature.

As I expected, this will become a go-to design for me.  Watch for it on an upcoming chevron quilt with LOTS of wide open background space! YAY!

There was an error retrieving images from Instagram. An attempt will be remade in a few minutes.